This is the 100th Anniversary of the creation of the National Park Service. What a wonderful bipartisan step that was to institutionalize a process for creating and maintaining national parks throughout the country. They are enjoyed each year by millions of domestic and international visitors. We have been emulated by nearly every other country on earth.

In my second book, Saving the Places we Love, I provide numerous stories on the END_OF_DOCUMENT_TOKEN_TO_BE_REPLACED

Rock outcroppings offer us a peek at the normally hidden, inner world of our planet. In the Maryland Piedmont good outcrops are few and far between. In Howard County they occur along the major rivers that border the county. Good exposures to the inner workings of the earth can also be found in the quarries at Savage (gabbro), Marriottsville (marble), and Old Ellicott City (granite). Collectively these outcrops provide us with a record of a long history of plate tectonic movements driven by major thermal convection cells deep in the mantle of the earth.

One of the most visited and loved national parks in this country is Zion in southwest Utah. It is so beautiful that it is flooded by Americans and people from many other countries. It is so admired that one cannot drive into the park on many days throughout the spring, summer, and fall because of limited parking. When this happens, you have to END_OF_DOCUMENT_TOKEN_TO_BE_REPLACED 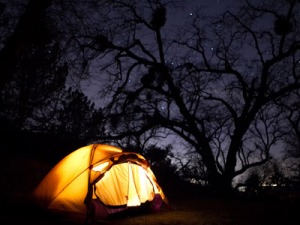 What makes a campground kid-friendly? It often is a place that is easy to get to and has the basic, easily accessible and well maintained facilities. Some campgrounds have many more amenities, play areas, and access to trails and water bodies, but the most important aspects to me are places that are quiet and relaxed and where a family can go to explore the great outdoors.

I have camped at private and public sites all across Maryland. We are so lucky to have such a broad variety of natural habitats from the coast to the mountains. I have selected a few sites here that are spread around the state and all of which deserve your attention. Go out and explore the closest ones first and then expand out if you like. Many people just find one they like and keep going back. Do what you can to help preserve and maintain these treasures and be sure to let me know what you think. END_OF_DOCUMENT_TOKEN_TO_BE_REPLACED 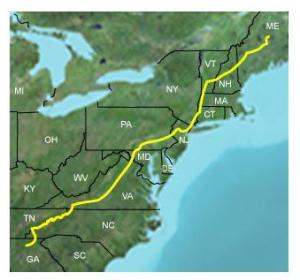 Can you imagine exploring a mountainous region without a good trail system? It would take far longer to find your way through the mountains or to find the tallest peak. You might even wander around lost for weeks trying to find your way in and out.

Fortunately, today there is a great system of trails throughout the country, and in many cases good apps for finding your way. For the most part, they are well marked and maintained, largely by volunteers. For example, the 2,175-mile Appalachian Trail is maintained by 6,000 volunteers in small clubs all along the way. This is true for many END_OF_DOCUMENT_TOKEN_TO_BE_REPLACED 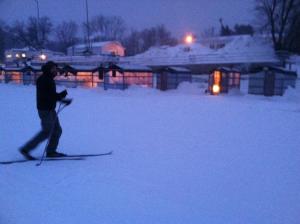 When we actually have a winter, instead of getting cabin fever, I like to get outside and embrace the weather. After all, many people live in more northern climates and they seem to do just fine. In fact, I think that is the answer. If you are used to cold weather and lots of snow, you learn how to enjoy it. That certainly was the case on my winter travels this year to Colorado and Maine.

I spent two weeks in Boulder in December. The first week was END_OF_DOCUMENT_TOKEN_TO_BE_REPLACED

Lessons from a City Park – a guest post by Julie Dunlap

Most people ascend East Rock for the views. Atop the 366-foot basalt cliff, they can admire office towers, steeples, neighborhoods, and harbor views of New Haven, Connecticut, and, on a clear day, glimpse Long Island Sound. But for me, climbing the stony Giant Steps Trail recalls my first heady night in graduate school, when new friends suggested a moonlit hike in a city park. That dark scramble, more than the starry summit vista, filled me with wonder and freedom as only an outdoor adventure can do.

The 427-acre East Rock Park originated as a naturalistic landscape in 1884, designed by Donald Grant Mitchell as a respite from END_OF_DOCUMENT_TOKEN_TO_BE_REPLACED