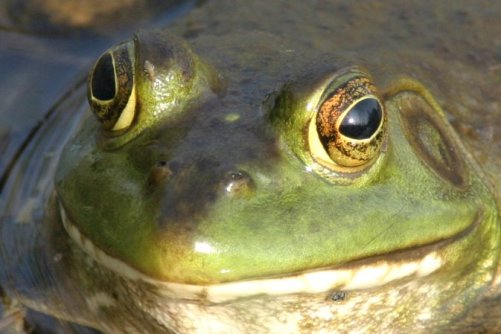 Kathy and I walked a friend home after dinner last night along an unlit path through the woods. The sun had set, the moon was out and we could see numerous stars – it was a spectacular time for a walk. Nighttime walks are another wonderful natural resource we have right in our backyards that very few of us take advantage. After last night’s experience, we are planning to do it much more often.

We walked around Lake Elkhorn in Howard County, MD. Kathy had on a head lamp which was helpful since the stretches in the woods were quite dark and the paths had steep edges. The path that we followed was deserted by humans except for one couple walking arm in arm – but the walk was full of life.

The first surprise was a bat that fluttered right over our heads. Several of them seemed to stay with us for a while, passing back and forth, our headlamp catching them in the light on each pass they took. They were probably harvesting the white moths that were attracted to our light. It was pretty neat to be escorted by bats.

As we approached the open meadows and wetlands at the east end of the lake, we were greeted by hundreds of fireflies doing their mating routines in the tall grasses. The area has been left to grow with many native plants and the fireflies seemed to like the habitat a lot.

We were also treated by a series of bullfrogs calling out to their mates and often jumping into the water as we passed. Their deep calls resonated across the waters and off the tree-lined edges to the lake. We also heard them later as we drifted off to sleep with our windows open. It is a very soothing and primordial sound.

The last thing we saw was the reflection of our headlamp in the eyes of a small mammal. Turning off the light we could see the silhouette of a fawn standing by the water’s edge. We wished we could have spent the entire night out exploring and learning more about the nocturnal habits of our fellow creatures. I am sure that like the daytime, there is so much to see as a wide range of life goes about their activities around this vibrant ecosystem.

Take-a-way: Enjoy paths near your home for nighttime walks. Probably best to go with friends and be careful of your footing.

I wonder at times if the suburban area in which I live is more biodiverse today, or less so, relative to the farmland it once was. Has the onslaught of development left our natural green infrastructure – that we depend on for clear water, clean air, and healthy soils – better or worse off than 50 or 100 years ago? Yes habitats have been reshaped a great deal in the last 500 years, but is it possible that we are doing a END_OF_DOCUMENT_TOKEN_TO_BE_REPLACED