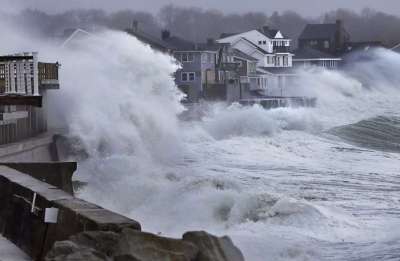 Over the past few years we have gotten a taste for how ravaging a run-away climate can be. The damage to homes and infrastructure, the economic and health impacts, and the threats to our national security are significant. These events will not stop until we act to slow down the warming of our atmosphere. We therefore need to get this issue on the table now before the election and then keep it on the table after the election. The problems won’t go away without our full commitment. Our best hope is to elect people who will work together to cool the climate, reduce the suffering, and prevent these weather events from getting worse.

As a businessman, I stay abreast of issues that could affect my bottom line. I was therefore curious about the World Economic Summit in Davos this past year. I wanted to know what they thought were the biggest challenges on the horizon. I was surprised to hear that the greatest fear they had about the future is that people were not fearful enough about some of the most important threats facing our economy. This was unsettling. Here is the list of top concerns from the conference:

I think we all would agree that cyber attacks and identify fraud are huge concerns. But for three of the top five risks to our economy to be largely related to and exacerbated by a changing climate is pretty sobering and well worth our full attention. The changing climate is indeed the challenge of the century.

The first two threats are pretty clear – we see them on the news way too often. Our federal government spent 4 to 5 times more money on disaster relief for flood and fire victims last year, some $500 billion dollars. I wish that money had been spent over the past three decades on incentivizing the move to clean energy and a stable climate. A lot of lives, homes, and communities could have been saved if we had acted sooner.

The fifth item on this list of major threats is most striking to me. These corporate leaders are stating that we have to do a lot more to prevent as well as to adapt to a changing climate and their fear is that we might fail. We might not act soon enough or seriously enough to slow down the warming.

As a health advocate I was also struck by a report by the world-renown Lancet Commission on Heath and Climate Change. It concludes that man-madeclimate change threatens to undermine the past 50 years of gains in public health. This is really significant realizing how far we have come in saving lives and preventing disease. The corollary to that statement is that a comprehensive response to climate change could be “the greatest global health opportunity of the 21st century”.

My last point is on national security but it also applies to local security issues as well. The Pentagon has released a report calling climate change a threat multiplier – a driver of regional instability from the forced migration of people escaping drought, fire, and flood damaged areas. Mass migrations not only disrupt families and economies but add stress to areas receiving these climate refugees. We have seen this over and over again as families from drought-disrupted parts of the Middle East and Africa flood into Europe, and Americans flee floods, fires, and drought across the country. This instability feeds into the growth of hate groups and terrorists.

These three sectors of our society all realize the importance of slowing down the changing climate. But it sounds like a tall order to most of us. The good news is that there is a lot being done by business, governments, and individuals all around the world (see Drawdown by Paul Hawken). The challenge is that all of us are going to have to do more.

We need to make decisions in our daily life, at work, and in the voting booth that are “climate informed”. We need to elect politicians who willcreate the policies for a healthy future, and who will use their bully pulpits to inspire all of us to make the steps that will be needed to slow down and stop this warming trend. We can’t just sit back and accept the suffering that will result from a 7 degree increase in global temperatures this century.

Ned Tillman is an earth and environmental scientist, a health advocate, and an award-winning author. His new inspirational climate novel, The Big Melt, is available on Amazon. He can be reached at ned@sustainable.us.

By nedtillman in Calls to action on October 26, 2018.
← Explore Columbia on Foot – Fall Walks begin on Saturday 9/8/18. Meet at People Tree by Lakefront at 10am. We’ll explore downtown. Upcoming Events – Life on a Book Tour → 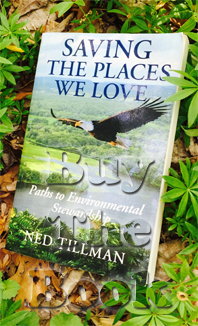 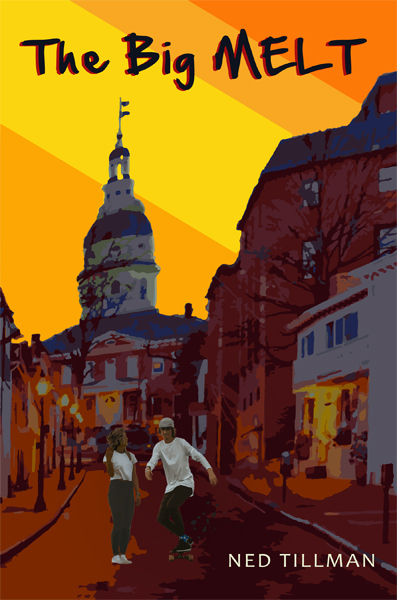 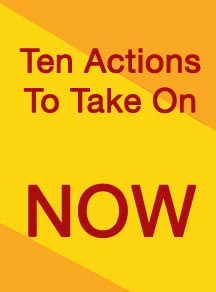